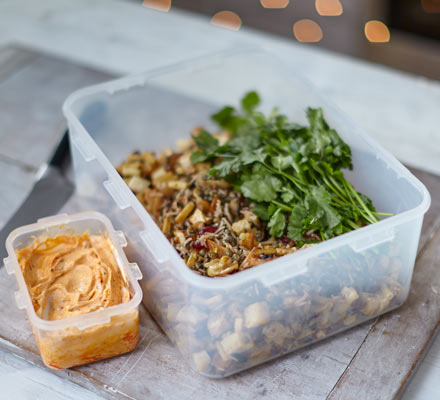 This gorgeous veggie side dish with spiced celeriac has its roots in Egypt, where it’s sold as street food. Ideal for bringing to a festive gathering