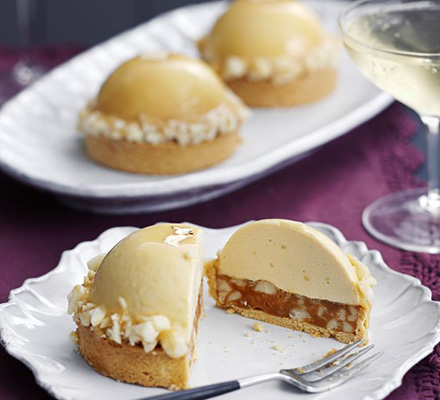 This stunning patisserie-standard, mousse-like dessert from Great British Bake Off winner Edd Kimber is pure indulgence on a plate

The recipe makes more glaze than needed, but it is easier to coat with a larger amount. The excess can be scooped back off the baking tray and used, warmed up, as a sauce for ice cream.