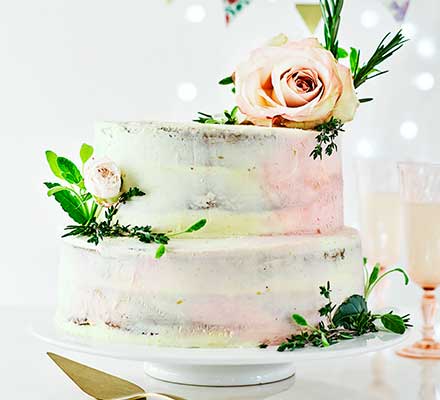 Take the stress out of the big day with a wedding cake that bakes all at once from one easy mix. You can choose the decoration to suit your taste

? Ovens do vary, so you may find the larger cake takes longer. If so, cover with foil after 1 hr and check again every 10 mins.
? Make sure the wedding catering staff are aware that there are straws inside the cake before they serve it.
? Only ever use edible flowers and plants to decorate.