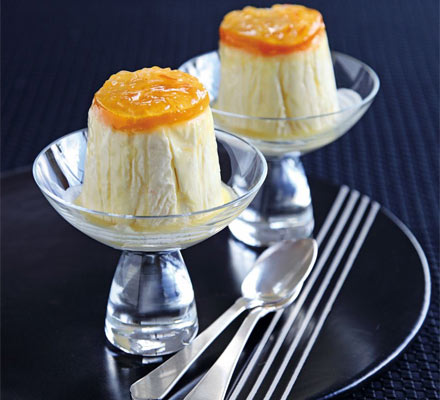 These individual iced desserts have a citrus tang combined with a silky, creamy texture. You can make them up to 3 months in advance for an easy dinner party dessert