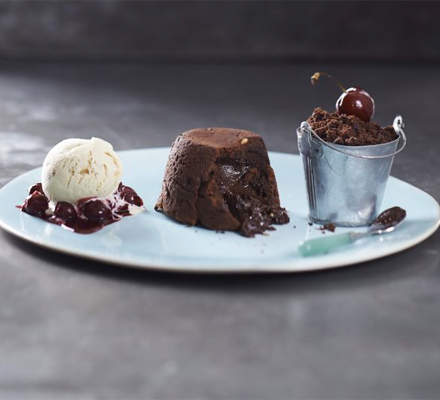 Choosing the right chocolate: Milk
Milk chocolate contains far fewer cocoa solids – around 20-40%. The aromatics won’t be as prominent as they are in dark chocolate, so just choose a bar that you like the taste of.Choosing the right chocolate: White
White chocolate contains no cocoa solids – it is made from cocoa butter, milk powders and sugar. White chocolate is hard to melt and often seizes when heated. In the Test Kitchen, we’ve found that the cheaper varieties of white chocolate are much less temperamental, and best for cooking.Choosing the right chocolate: Dark
If your recipe requires dark chocolate, look for one with over 68% cocoa solids – the higher the percentage, the more intense the flavour will be. Chocolate that comes from a single origin (such as Madagascar or Ghana) is often of high quality, each origin being praised for producing different flavours and aromas, as a good coffee would be. Most supermarkets stock their own single-origin chocolate, which is great value and often supported by The Fairtrade Foundation.