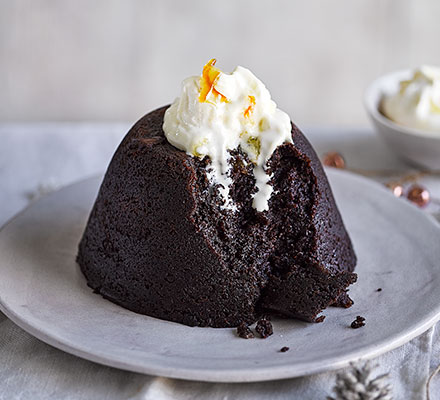 Pair chocolate and marmalade for a dessert made in heaven. The cream – which works with lots of other desserts, too – takes it up another notch