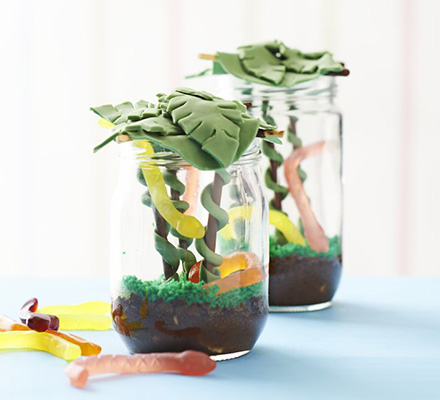 The base of these pots is a squidgy chocolate pudding. Add a layer of wild coconut grass, jelly snakes and chocolate trees for an edible jungle

Older children can help with baking, while younger ones will enjoy filling the jars.