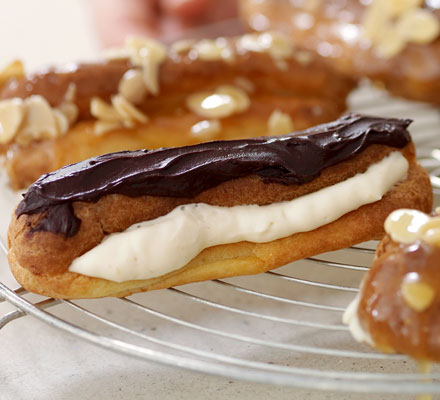 These deliciously decadent chocolate eclairs filled with creamy vanilla custard are worth the effort. Make a batch of these classic French pastries