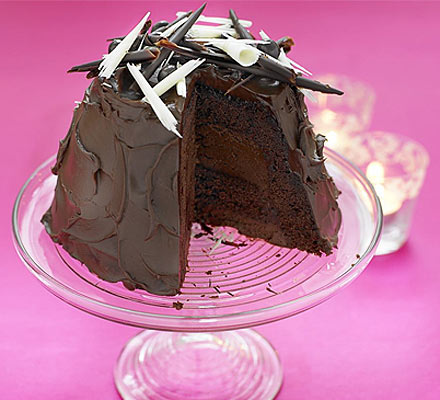 Wow. A definite crowd pleaser – chocolate mousse hidden by a layer of chocolate sponge, covered with the best chocolate topping we’ve ever tasted

Before serving
Leave the pudding out of the fridge for about 20 minutes before serving to let the mousse relax to a chocolatey velvet.