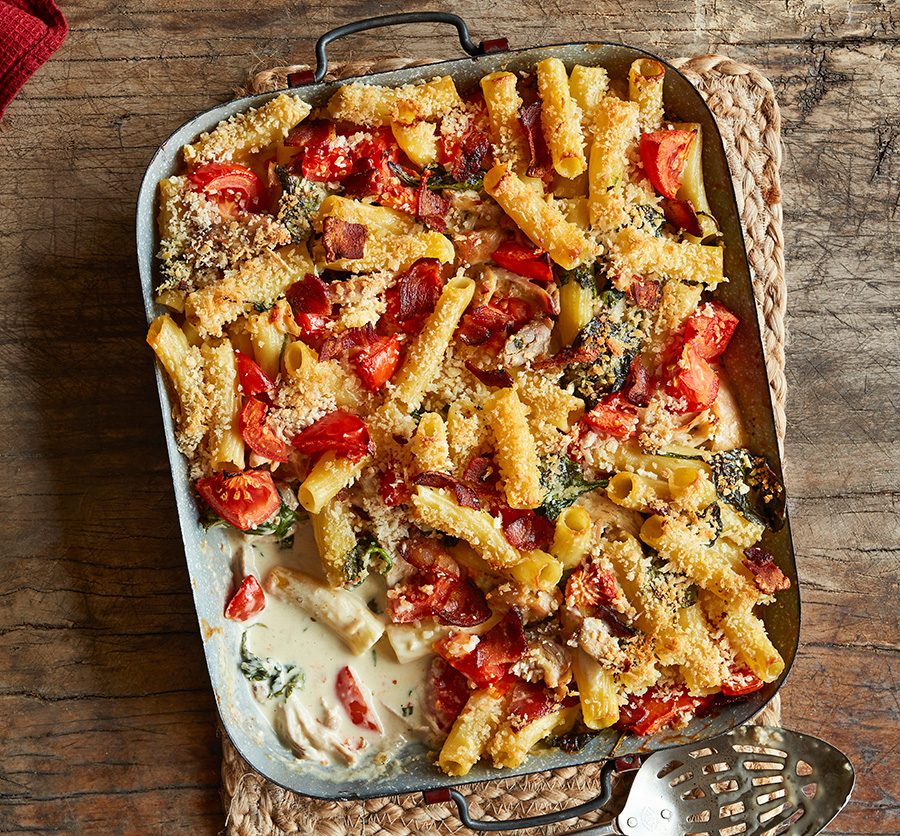 Wrap the dish in a double layer of foil, making sure it’s well sealed. Label and freeze for up to two months.

Leave the wrapped pasta bake to defrost in the fridge overnight, or for at least 10 hrs.

Unwrap and cook as directed in step 8, adding 5-10 mins to the cooking time.