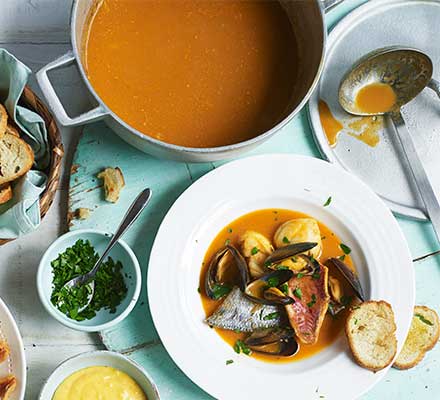 Make this classic French fish soup at a dinner party for friends and family. It's a challenge, but will make an impressive starter or main course