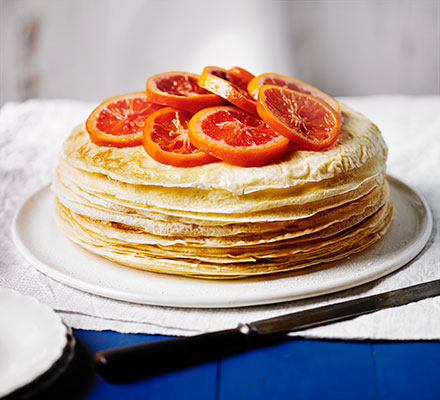 Blood oranges come into season during the winter months, treat yourself to citrussy orange pancakes, layered with orange custard and topped with the caramelised fruit