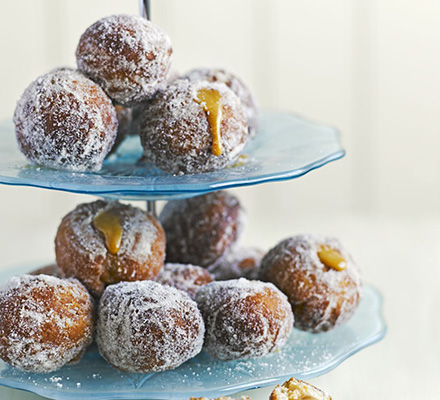 If you don't have a deep fryer, use a deep, heavy-based saucepan with a lid. Make sure you always have the lid or a baking sheet large enough to cover the pan, so that you can pop it on if the oil starts to spit.

Add the oil to a cold pan. Only ever fill your pan halfway with oil as you will need space for the oil to bubble up when the food is added.

Don't mix hot fat with water-based liquids, as it will cause the fat to bubble up and spit ferociously. Make sure that you dry wet food on kitchen paper before frying. If the oil starts to smoke or catches fire, cover with the lid or baking sheet immediately. Never throw water on an oil-based fire.