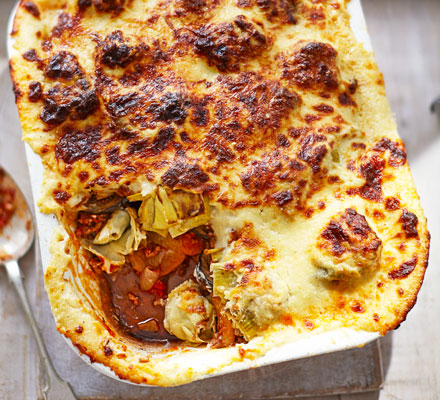 A lightly spiced lamb bake with artichoke hearts, a cherry tomato ragu and layers of fried aubergine and potato

Freshly cooked artichokes can also be used in this recipe but it will make it more expensive. For canned, drain and blot them well. Add flavour by halving the artichokes and marinating them in extra virgin olive oil with thyme and sliced garlic for a couple of days. You can use the oil to fry the lamb and onions.