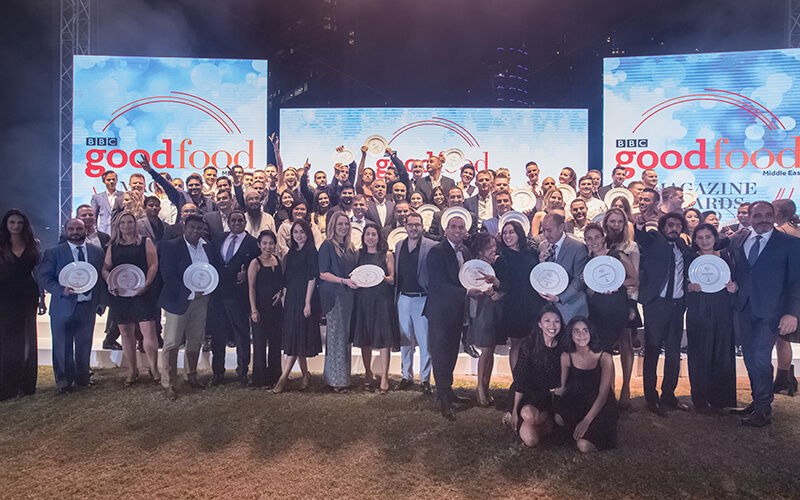 Celebrating a decade of success at the annual ceremony, the awards are designed to honour the best restaurants in the UAE, as well as bringing a range of outlets in Oman, Bahrain, Kuwait and Saudi Arabia.

The BBC Good Food Middle East Magazine Awards give restaurants and hotels the consumer stamp of approval, as they are voted for by our readers.

One of the most prestigious awards of the evening, the BBC Good Food Middle East Chef of the Year, was won by Hell’s Kitchen’s Craig Best.

Craig was crowned the champion after taking part in a well-fought battle between four of Dubai’s top chefs earlier this month. The four chefs were tasked with creating a three-course menu using ingredients from a mystery box, provided by Bord Bia.

Much to the surprise of the chefs, no meat was included in the box and the chefs were tasked with working with various types of freshly sourced Irish fish – including brown crab, oysters and salmon.

In the restaurant space, the two most sought-after awards of the evening – Restaurant of the Year for Abu Dhabi and Dubai and the Northern Emirates, were won by Marco Pierre Steakhouse and Grill at Fairmont Bab Al Bahr, and OPA at Fairmont Dubai.

The full list of winners can be found below:

Congratulations to all of our 2019 winners! To see the gallery from the evening, and find out more information on the 2020 awards, click here.