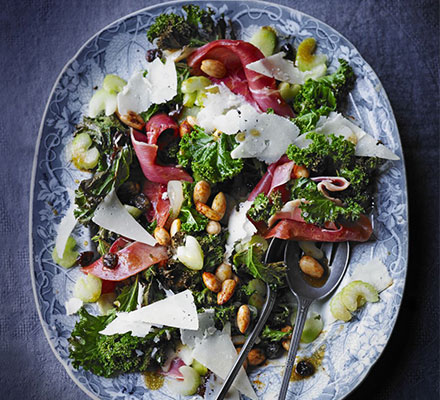 Contains pork – recipe is for non-Muslims only
This modern take on coleslaw and cold cuts makes a delicious starter or light main, with shallots, celery, and a sweet and tangy dressing