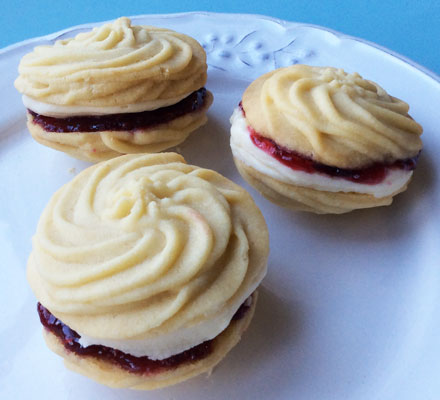 These elegant, buttery biscuits might look extra impressive but they're surprisingly easy to make. Dip in chocolate for an extra sweet treat

For a chocolate dipped version, instead of sandwiching the biscuits together try dipping the flat side in melted chocolate. Leave them to set chocolate side up on baking parchment then serve.