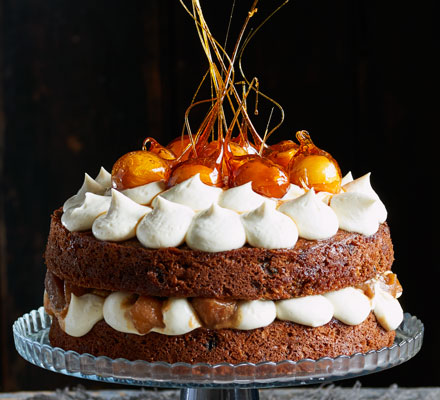 This showstopping bake is a celebration of classic apple desserts with spiced sponge, vanilla icing and a sticky caramel apple filling

This cake will still taste fabulous without the tiny toffee apple decoration, so if you're pushed for time, simply peel and chop the apples into chunks with a knife instead of a melon baller when you make the filling. You could also decorate the cake with sprigs of fresh bay leaves or rosemary poked into the top at regular intervals - they'll smell nice and give a dramatic, rustic effect. If you're celebrating a birthday, all you need are candles.