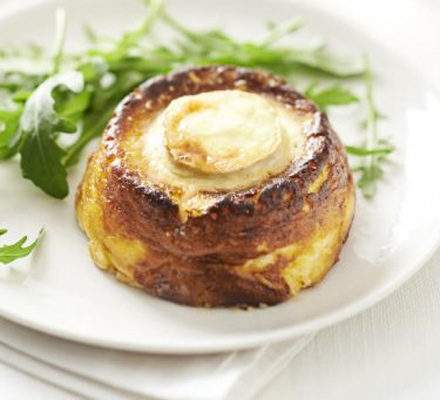 With a double layer of goat's cheese and a coating of cream, these bistro-style bakes are authentically rich

Goat's cheese
The rind on the goat’s cheese helps the slice to hold its shape while the soufflés cook, so choose one, like Capricorn or Soignon.Salad
To counterbalance the richness of the soufflés, serve punchy robust leaves alongside. The pepperiness of rocket or watercress works well, as does the bitter crunch of chicory or treviso, topped with a sharp dressing of mustard and wine vinegar.