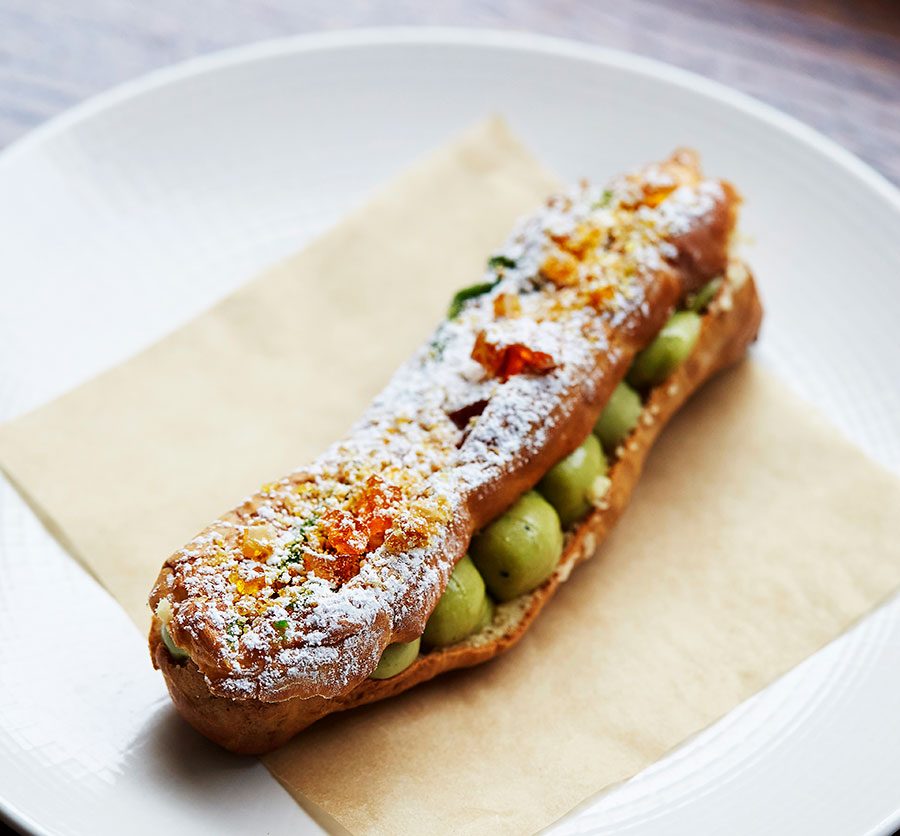 Flex your baking skills with these heavenly pistachio eclairs, made with choux pastry and pistachio custard – they’re well worth the effort

You can find pistachio paste online, or alternatively use pistachio butter, available from health food shops or online.
MPU 2