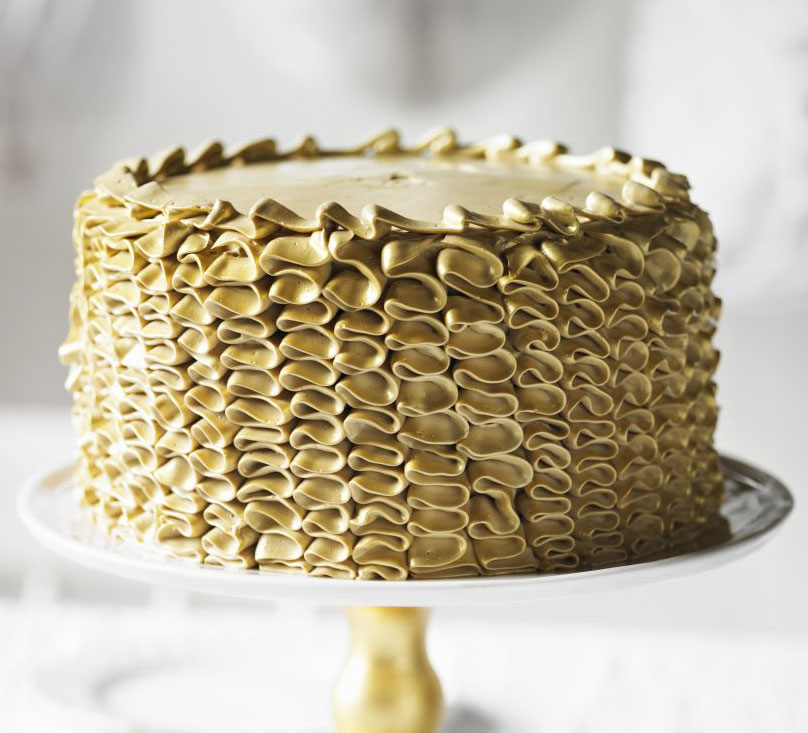 A grown-up, lightly-spiced sponge that is sandwiched with pears caramelised in maple syrup and topped with meringue buttercream

Get a smooth finish

Crumb-coating is something that professional bakers do to give their cakes a polished finish. Spread a very thin layer of the icing over the whole cake first before icing properly. It helps to stick down any stray crumbs, so you shouldn’t get any in your final icing. For a really neat finish, chill the cake after crumb-coating (also known as masking) before continuing to ice.

The best way to create your ruffle is to use a smallish, thin petal-shaped tip. (I used a Wilton 104.) Both available from most good bakeware shops.