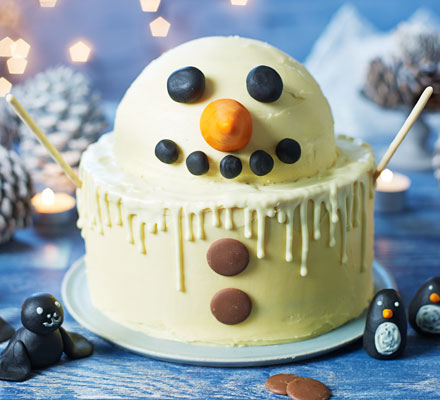 Everyone loves a white Christmas and this snowman cake conjures up that festive feeling. Kids can help decorate with buttons, icing and chocolate sticks

This is available to buy from health food shops or online.