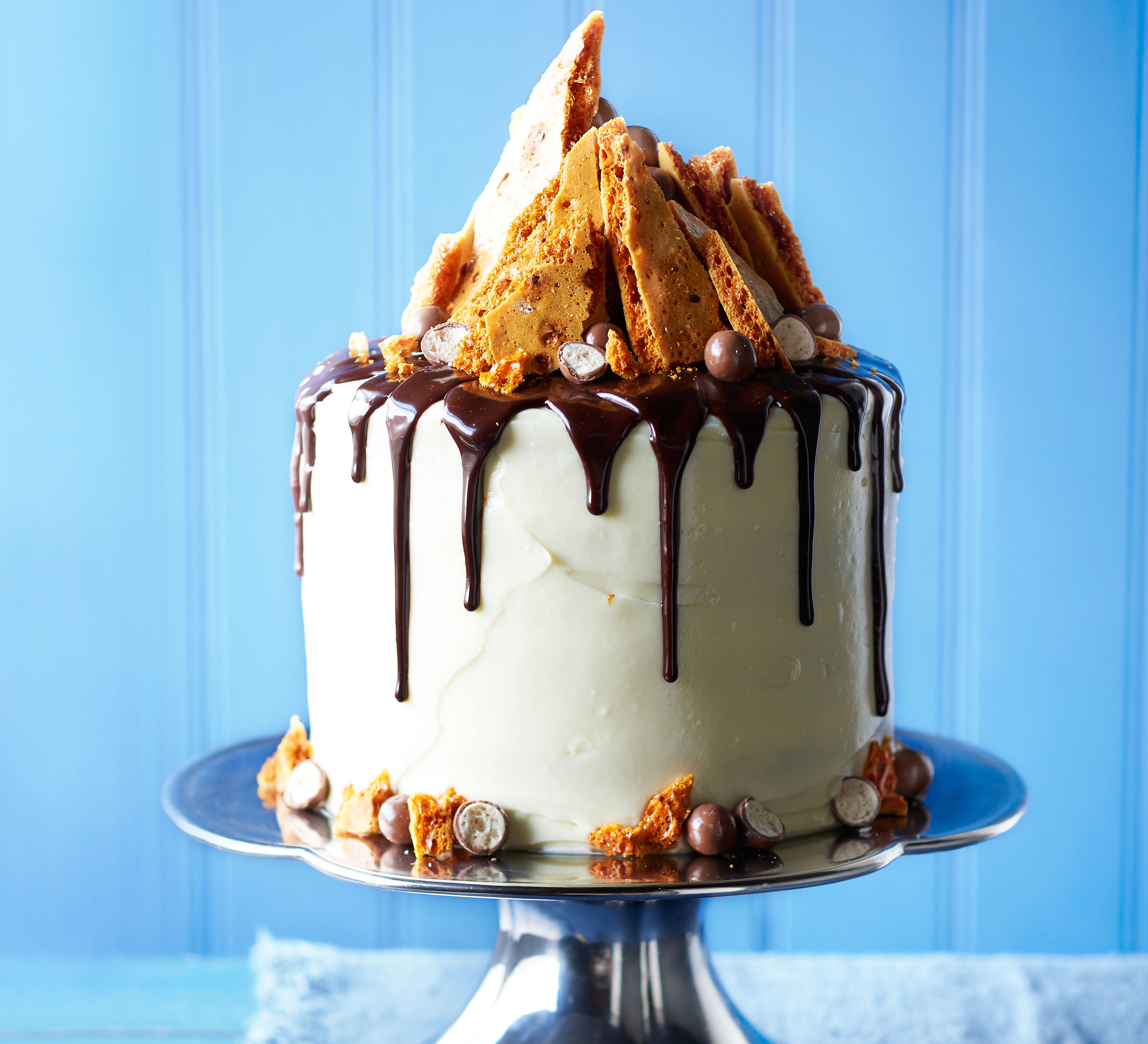 You can bake the sponges an evening or so before - cool and wrap in cling film, and store for up to two days or freeze for up to a month. The icing and honeycomb can also be made ahead. Chill the icing and take it out an hour or so before using, then beat to bring it back to life. The honeycomb can be stored in an airtight container for up to a week. Assemble the cake at the last minute, however - after a few hours of being in contact with the chocolate ganache, the honeycomb on top will start to 'weep' sugar and you may get a few trickles of sugary syrup running down the sides.

Time to cut the cake!

First remove the honeycomb pieces from the top. To serve up to 25 people, slice the cake into 12-13 slices (any more and the pieces will be too thin and collapse).
Then cut each piece horizontally across the middle and serve with the honeycomb.