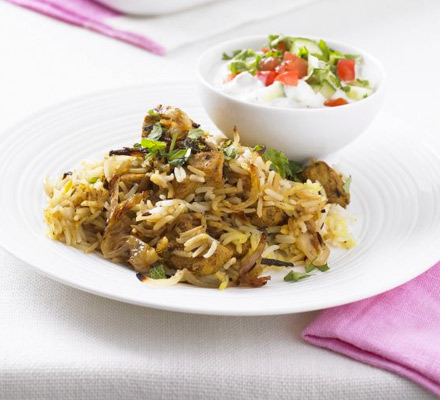 This fragrant Indian chicken curry with rice topping has half the fat of your normal takeaway, and it’s low calorie

How we made it healthier
• By using rapeseed oil instead of butter or ghee to cut the saturated fat. • Skinless chicken breasts reduce the fat. • A good balance of spices and herbs to finish, so the need for salt was greatly reduced. • By roasting the onions instead of frying them, so they needed less oil.
MPU 2