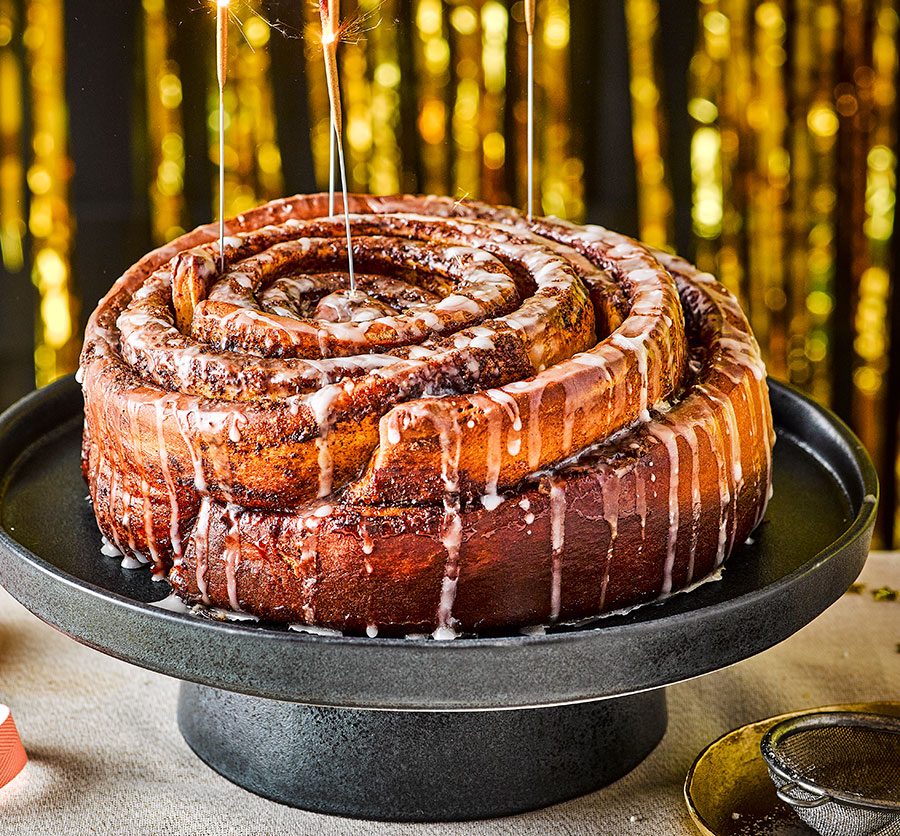 Take cinnamon whirls to a new level of indulgence with this giant version. Perfect for a party, it takes a little more effort but the results are well worth it