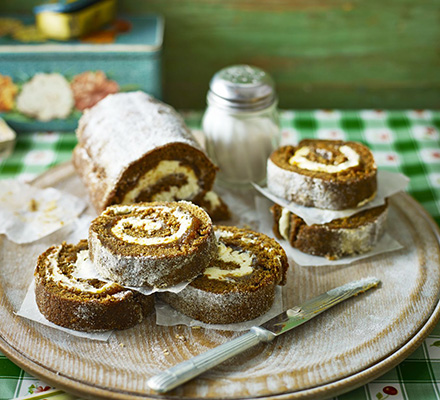 The flavours of the traditional biscuit are turned into a Swiss roll, with added nutmeg, cinnamon, banana in the sponge and a touch of fig jam

Stick one in the freezer – overnight is ideal – then gently defrost in the microwave (or at room temp) the next day. It should now be squishy, perfect for making a cake.