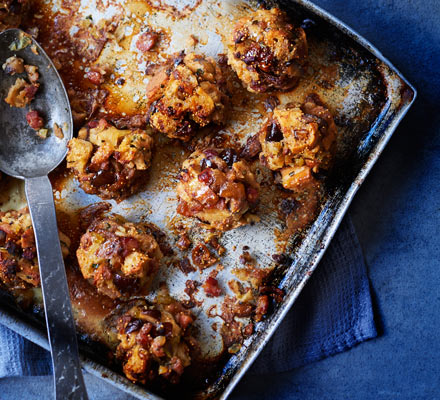 Classic American stuffing is chunkier than the British version, but just as delicious. These meaty stuffing balls are baked to crispy golden perfection