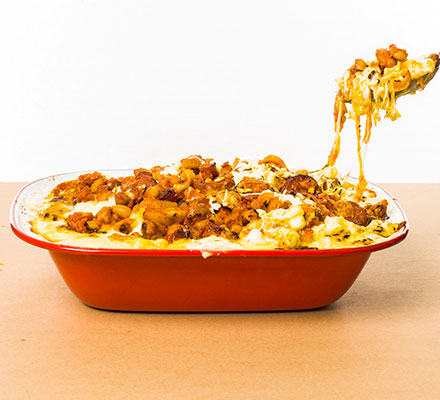 Add a spicy twist to mac ‘n’ cheese with chorizo, chipotle and smoked paprika, plus a stretchy mozzarella and cheddar topping

Mac ‘n’ cheese balls
Roll any leftover cold mac ‘n’ cheese into walnut-sized balls and coat in flour, beaten egg and breadcrumbs. Put in a roasting tin, drizzle with sunflower oil and bake at 220C/ 200C fan/gas 8 for 10 mins. Give the tin a shake and bake for 10-15 mins more until crisp and golden.