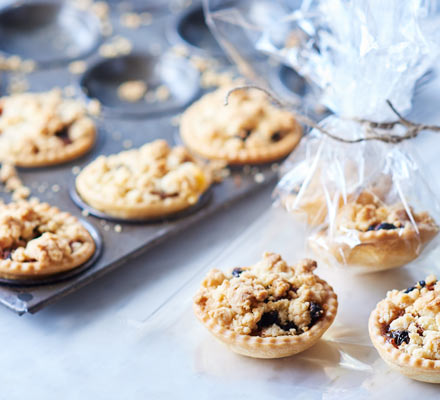 A twist on a festive favourite, adding a layer of creamy custard and a delectable crumbly topping makes an irresistible and more mellow mince pie

As they have a custard layer, these pies won’t last very long in an airtight tin. If you prefer, leave out the custard and use 2 tsp mincemeat per pastry case before adding the crumble top. You can eat them with custard instead!