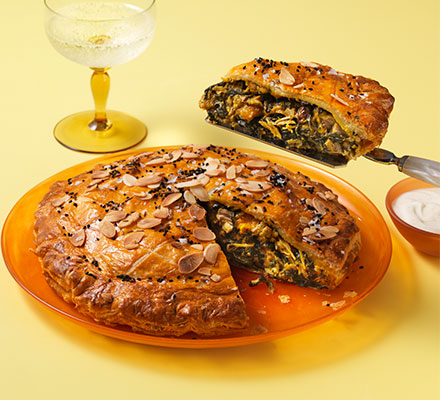 Serve this gently spiced chicken pie warm or cold – it’s delicious either way. While it looks impressive for a party or picnic, it’s easy to make using ready-made puff pastry

The origins of coronation chicken
We’ve taken classic coronation chicken and turned it into a pie filling with added spinach and a bit of texture and sweetness from dried mango. The traditional sandwich filling was served at the Queen’s coronation lunch (hence the name), but it goes back even further, as it was based on a dish served at George V’s jubilee.