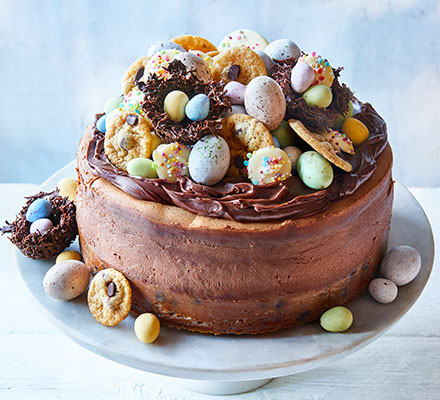 Celebrate Easter with our creamy choc cheesecake – it has a rich base studded with cookie dough, and it’s all topped with silky ganache. Decorate with mini eggs and cookies