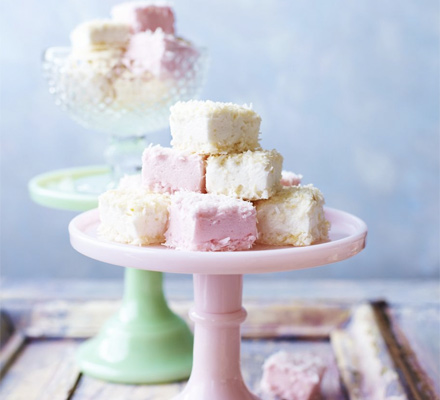 A sweet shop version of the squidgy squares, flavoured with coconut liqueur – one for the grown-ups

Secrets of success
Remember, you’re working with hot sugar – if it hits the whisk blades before the egg whites, it’ll harden on them and you’ll get into a sticky mess! You might get bored whisking the mixture, but persevere – the thicker it gets, the more air you’ve added, so your marshmallows will end up lovely and light.
MPU 2