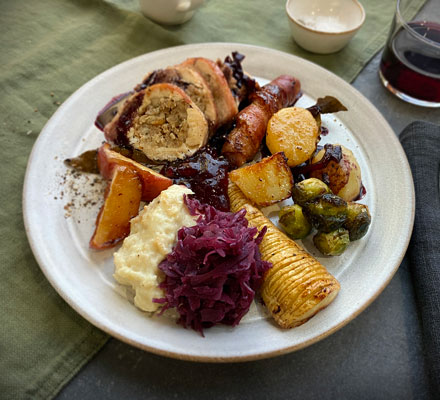 Christmas dinner for one

Cook a complete Christmas dinner to enjoy yourself, including a stuffed chicken joint, rich sauces, roast veg and pigs in blankets. You'll also have leftovers for a Boxing Day sandwich