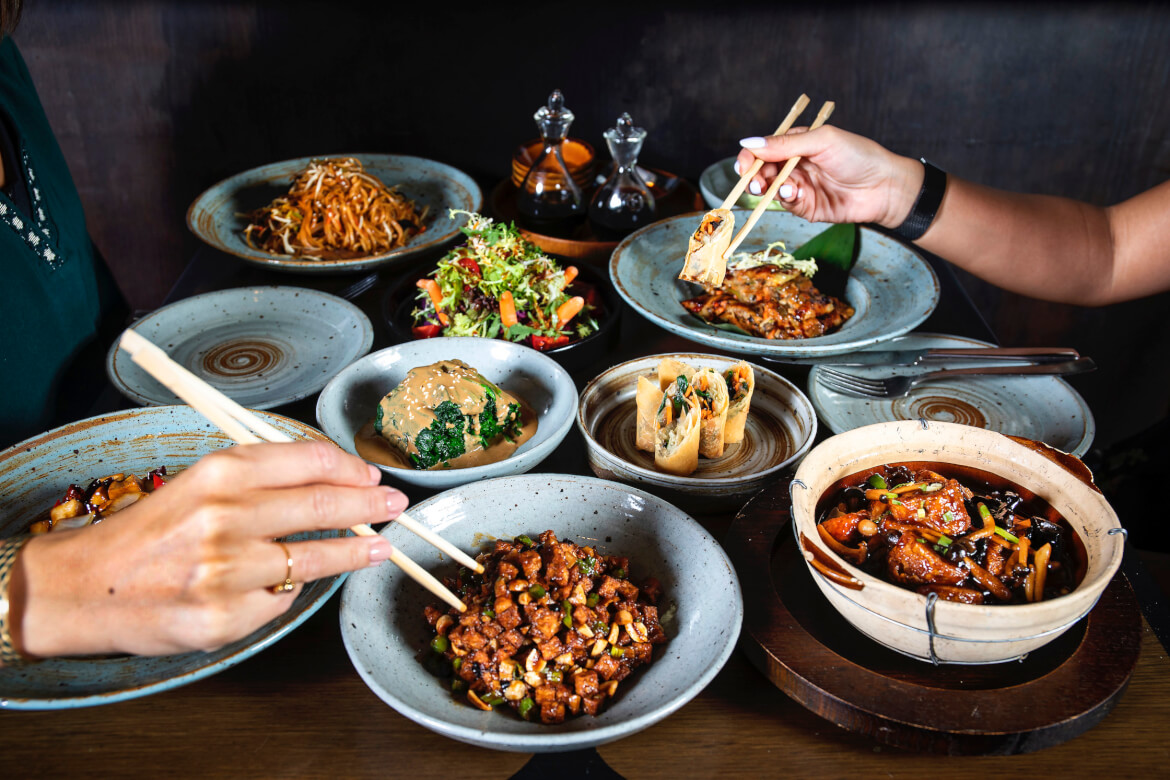 Diners are offered a wide range of plant-based flavours across the various cuisines ranging from Arabic dishes at Sambusek to International creations at Majlis Lobby Lounge and Chinese vegan flavours at Dai Pai Dong.

Commence your vegan culinary journey at GLO, Hidden Bar, La Cava or the Majlis Lobby Lounge where you can tuck into a nutritious vegan patty made from king oyster mushrooms, quinoa and other ingredients.

At Lebanese restaurant Sambusek, diners will enjoy a five-course set menu which begins with lentil soup, followed by appetizing cold and hot mezzes including hummus with tahini, eggplant mutabal, ful medames and falafel. The main course changes every 15 days, and dishes on the menu comprise a vegan kofta kebab, okra with olive oil or eggplant moussaka. This is followed by dessert, a platter of sliced fresh fruit.

The Majlis Lobby lounge is where you can go for a special vegan afternoon tea menu. You can also head down to the Vegan & Vibes theme night every Wednesday for vegan specials that include sushi, crispy tacos, vegan nachos, sliders and dessert.