Sponsored: September 1, 2021 will see the most influential pastry chefs competing in the Middle East, for the ultimate World Chocolate Masters 21/22 finals in October 2022

VOTE FOR YOUR FAVOURITE CHOCOLATE DESIGN! 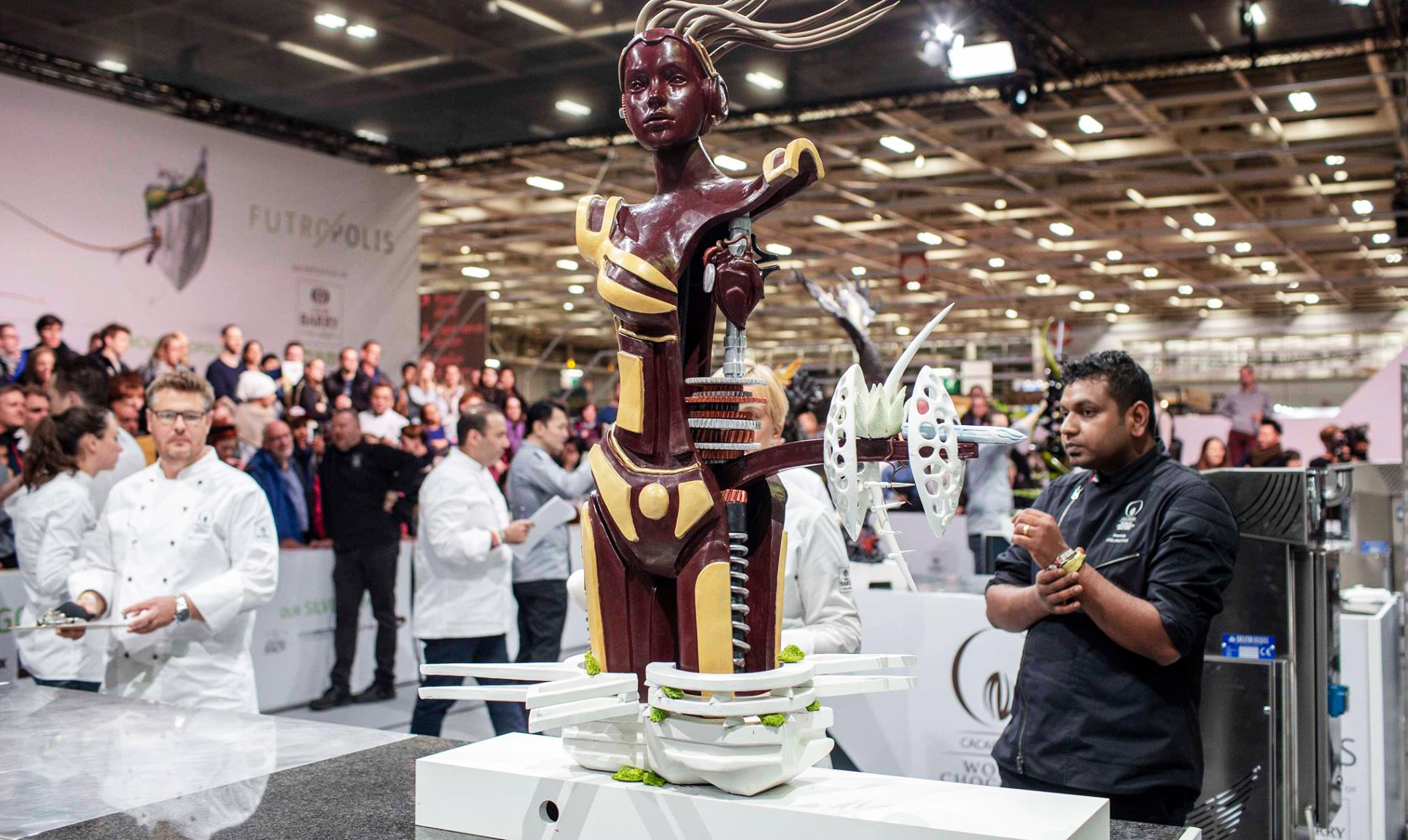 September 1 will see seven culinary geniuses from around the Middle take the heat, as they battle it out in hope of being proclaimed the “National Chocolate Master”.

This will be followed by the ultimate World Chocolate Masters competition which will take place in October 2022, where the one final winning pastry chef from the Middle East will take part, competing with 22 other finalists from around the globe.

Competing for the title of Middle East Chocolate Master and the chance to go on and participate in the world finals are Vivian Creado, Bertrand Le Gallic, Ashwani Kumar Pathania, Aravinda Leelarathna, Dilip Kumara, Syarif Purawinata and Dammika Herath.

The one-day event will celebrate the finest ideas and vision of those taking part, encouraging them to rethink, redesign and reformat tomorrow’s chocolate delights.

The theme for this World Chocolate Masters edition is #TMRW_TASTES_LOOKS_FEELS_LIKE.

Chef Romain Renard, Director at Chocolate Academy Dubai – MENA, says, “The World Chocolate Masters has always been the platform where new talents showcase their vision and how they can push the boundaries of chocolate. With this new theme, we are stepping up the game and presenting a huge creative space for the participants. The winners of the national selections and the world final become the leading pastry and chocolate chefs in the world”.

The World Chocolate Masters is the only competition in the world dedicated to the creative talent of professionals in gastronomy, patisserie or chocolaterie. With its first edition being held back in 2005, it is now well onto its eighth edition. It is known for uncovering talent and putting them on a world stage.

“The announcement of the second season of World Chocolate Masters regional competition in Dubai is a timely addition to the already reviving culinary scene in the Middle East,” says Amine Mebrouki, General Manager, Barry Callebaut Group – MENA. “The region has established itself as a leading culinary destination with herds of talented chefs and culinary enthusiasts excelling in their respective areas. As a brand and concept both Cacao Barry and World Chocolate Masters wishes to inspire these Chefs and tear down the walls between different nations and cultures, enabling them with inspiration, opportunity to collaborate, and discover new insights”.

This edition will see artisans following the assignments below and receiving individual scores for their skill:

The contestant with the highest score at the end of the event will represent their country at the World Final in 2022.

There will be a professional jury committee in all 22 countries taking part, with jury members including experts in gastronomy and a jury president ensuring the contest is judged completely fairly. For this year’s regional selections in the Middle East, World Chocolate Masters has invited five experts to evaluate the participation chefs. They are Gregoire Berger, Andreas Krampl, Nicolas Lambert, Charles Azar and Emmanuel Ryon.

Maurice E. Feghali, CEO of EMF Trading Ltd., the Middle East coordination office for the Barry Callebaut Group, adds, “EMF and Cacao Barry are proud to present the 2nd season of World Chocolate Masters Middle East regional competition in the UAE. With the announcement of the new competition cycle and theme, the World Chocolate Masters is ready to look for the successor in this legacy of accoladed chefs.”