Looking to preserve fresh produce and dairy for later? Take the guesswork out of freezing with our guide, and discover how to freeze food, how long it lasts and how to cook it. 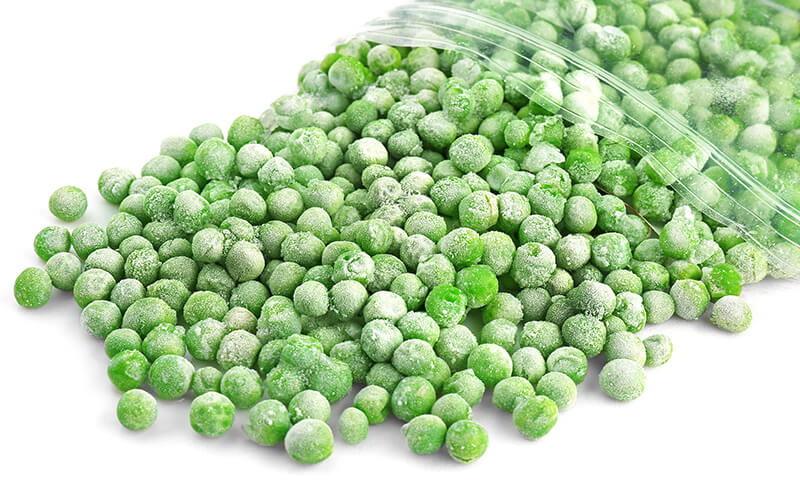 How to freeze vegetables

How to freeze carrots

Raw carrots go strangely spongy when frozen and defrosted – the water in their cells expands, which bursts the cells. Either chop the carrots finely and freeze them raw – once you’ve fried them you won’t notice the texture – or chop, cut or baton them, cook until al dente and then freeze in batches. If you freeze the pieces flat on a tray you can tip them into a bag when they are hard and they’ll separate easily when you come to use them.

How to freeze broccoli

Cut the broccoli into florets and cook until al dente, spread the cold florets on a tray and freeze. Once they are hard, tip them into a freezer bag.

How to freeze potatoes

Raw potatoes don’t freeze well for the same reason as carrots. Chop, slice, chip or chunk them, cook until al dente and freeze in batches, or mash them and freeze in portions. Freeze the pieces flat on a tray and tip into a freezer bag when hard to stop them clumping together. You can toss them in butter, garlic butter or oil and spices before you freeze, then roast from frozen.

Can you freeze lettuce?

No, we would not reccommend freezing lettuce.

How to freeze onions

Chop or slice the onions and freeze them raw on trays, once hard, tip them into a freezer bag so you can use them in portions. You can also fry onions to freeze in batches, if you like.

Make your own sofrito

Finely chop equal quantities of raw carrot, celery and onion and mix them together. Freeze flat on a tray and then tip into a freezer bag. A few scoops will be a good base for lots of recipes.

Other foods to freeze

How to freeze milk

Milk in cartons can be frozen unopened if there is a gap between the milk and the lid – all liquids expand as they freeze, so if there isn’t enough room, the lid might pop off or the carton could split. Milk in glass bottles can’t be frozen so transfer it to a container or a freezer bag with a watertight seal.

How to freeze eggs

Buying eggs by the dozen usually works out cheaper. Freeze eggs in portions (you can beat them first) to use later. A large egg can be between 63-73g, which fits in the hole of a muffin tin.

How to freeze cheese

Grate cheese and loosely pack into the holes of a muffin tin. There will be about 50g in each.

How to freeze yogurt

If you buy large tubs of yogurt and think you can’t use it in time, freeze it in portions in a clean muffin tin. Slide the frozen portions out and put them in a container to use from frozen, or defrost first. You’ll fit 100ml in each. 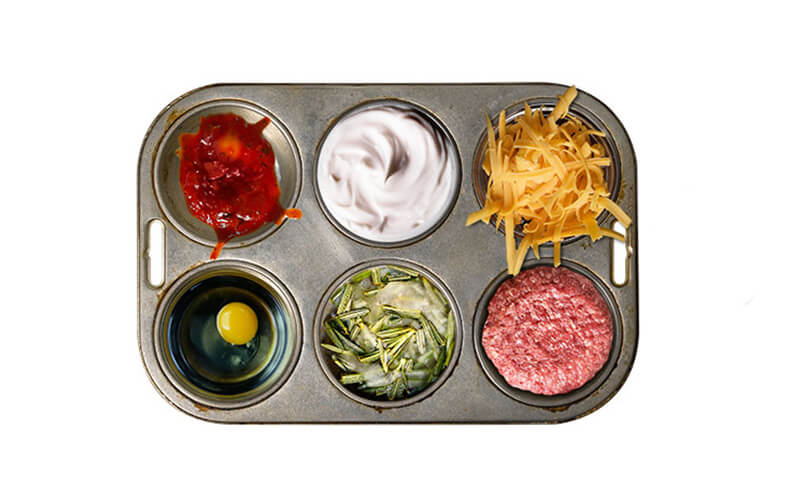 What not to freeze…

Most individual ingredients can be frozen, and all BBC Good Food recipes are helpfully labelled with freezing instructions. However, some foods simply aren’t freezer friendly:

All these everyday ingredients will freeze well. 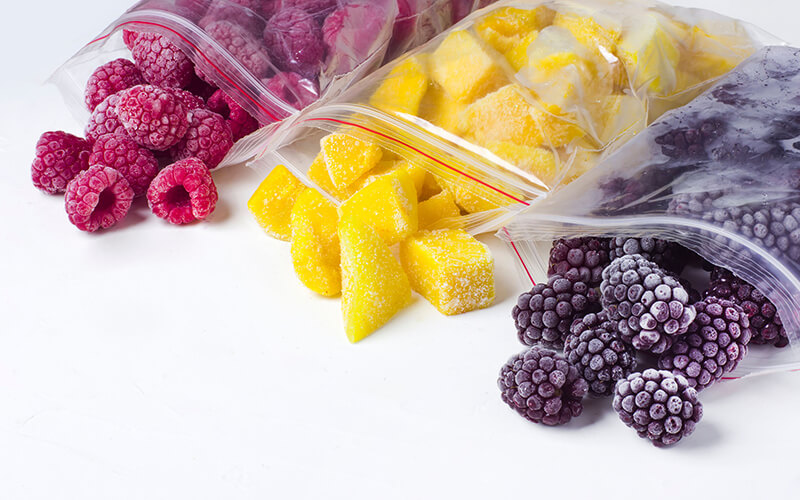 Freezer management is all about forward planning, but some dishes can be cooked straight from frozen. When cooking food from frozen, use a lower temperature to start with to thaw, then increase the temperature to cook. Foods include:

Foods that should never be cooked from frozen:

Freezing is the best way of preserving a season’s bounty to enjoy later. When properly frozen, vegetables retain all their flavour and nutrients. The best method of freezing is the same for peas, runner, French, dwarf and broad beans, asparagus and broccoli.

In a large pan of water, boil a handful of vegetables at a time for 30 secs. This will stop them going brown when frozen. Using a slotted spoon, scoop them out into a bowl of heavily iced water. Once chilled, drain the veg and scatter onto a tray lined with kitchen paper. Freeze on the tray then transfer to a freezer bag. Cook the vegetables from frozen in a large pan of boiling water. Do not steam, as they tend to go soggy.

If you enjoyed this article, you may be interested in reading our top 10 freezing tips for successful food storage here.

This article was originally written by Caroline Hire for BBC Good Food.