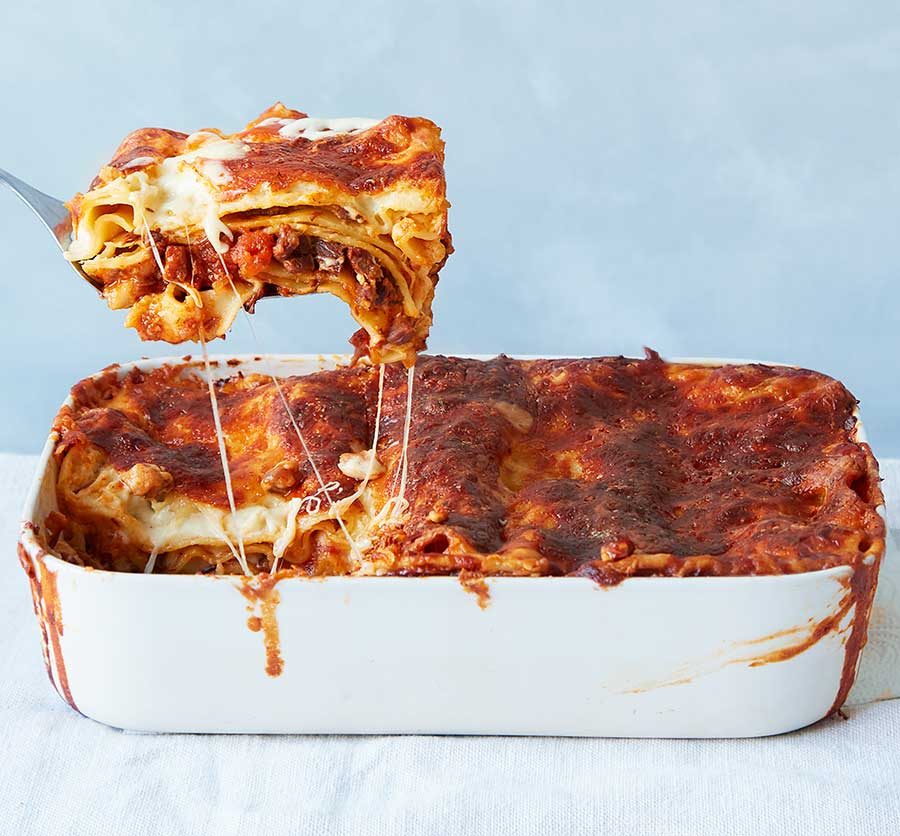 Serve up an extra special lasagne for a crowd-pleasing family dinner. This recipe uses beef shin, smoked pancetta and herbs for lots of flavour.

If you want to include more veg, add chopped peppers, mushrooms or courgettes to the ragu halfway through cooking.